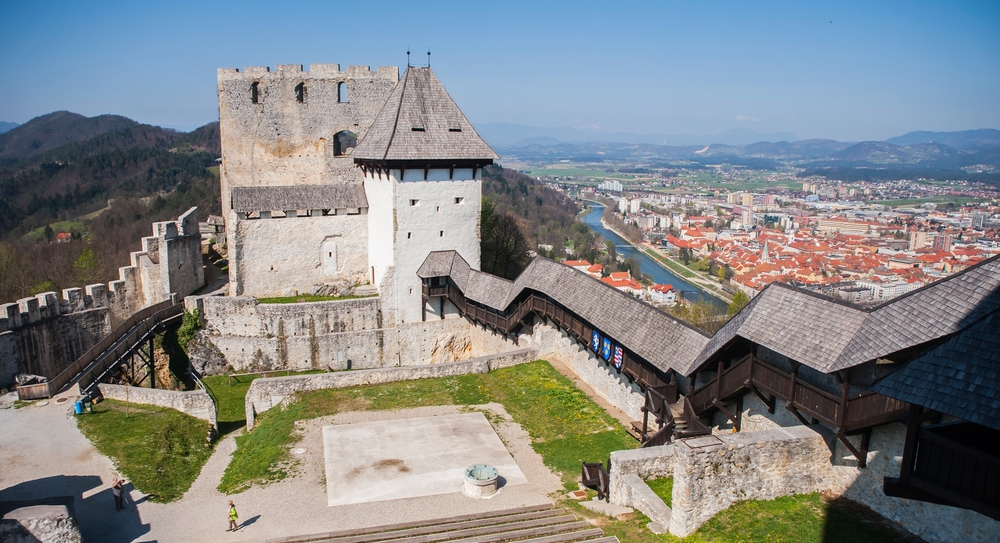 The Counts of Celje had the most powerful dynasty in Slovenia in the 14th and 15th centuries and their seat of power was this brooding castle just south of the modern city.

The hilltop enclosure took shape in the 1330s and kept an entire town inside its outer ward, making it Slovenia’s largest fortification at the time.

In the complex is the four-storey Friderik Tower, where Count Herman II imprisoned his own son Friderik II after he fell in love with the wrong woman.