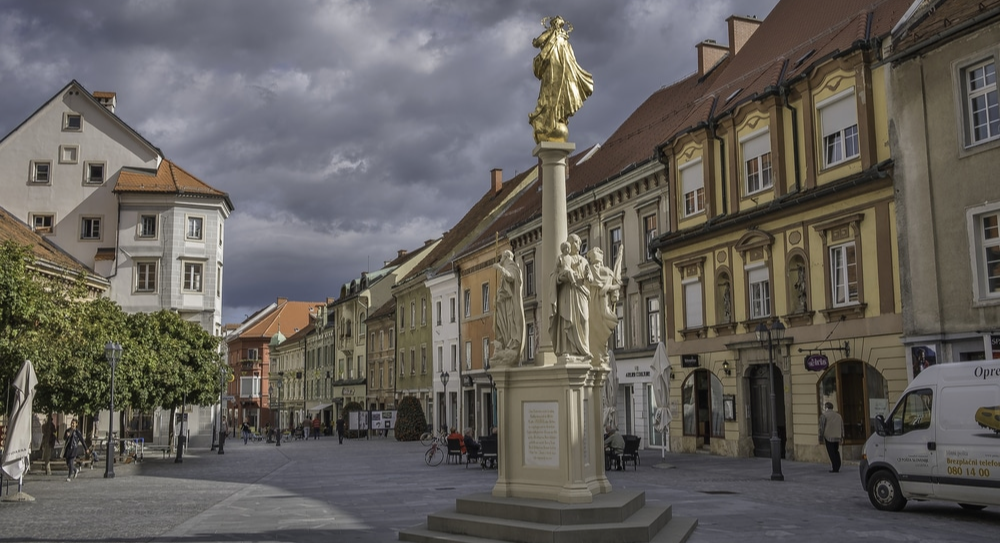 The centre of Celje is compact and also walkable, as a few of the streets around the City Hall are pedestrianised.

The city has that late-19th-century Historicist design, with regal stucco-clad townhouses and municipal buildings.

One such monument is the Neo-Renaissance Narodni Dom from 1896, while the Celjski Dom is from 1907 and sticks out for its Neo-Gothic tower.