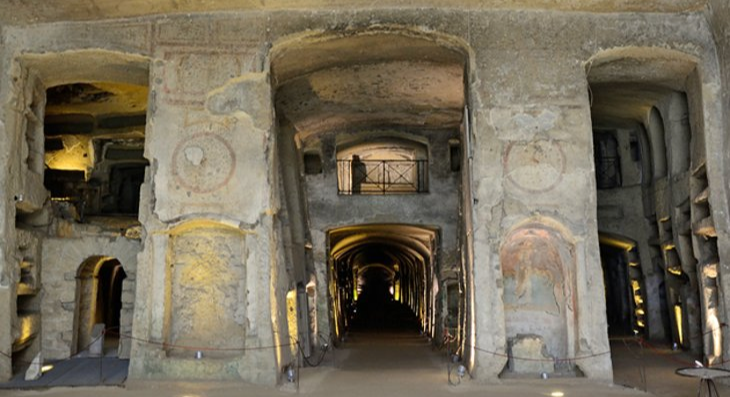 The second-century Catacombs of San Gennaro, like the Roman catacombs, are a maze of passages and tomb chambers but are more ambitious architecturally and have finer paintings than their Roman counterparts.

There are two levels of these, and in the upper catacomb's vaulting are frescoes from late in the second century.

Here, too, is the small Crypt of the Bishops and the large underground basilica, with three naves cut into the stone and decorated with frescoes from the fourth through sixth centuries.

The basilica was built near the catacombs in the fifth century, and although it has undergone several changes, it is a rare example of early Christian architecture.