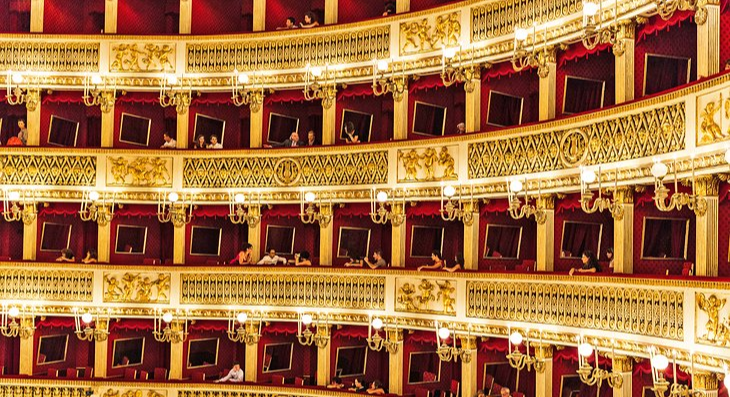 One of the largest theaters in Europe and one of Italy's premier opera houses, the Real Teatro di San Carlo was built by King Charles of Bourbon, adjoining his Royal Palace.

It was completed in 1737, and along with being the oldest continuously active opera house in Europe, it was the model for opera houses everywhere. Six levels of ornately decorated boxes surround the interior, highlighted by the even more lavishly ornate royal box.

In addition to operas, performances include concerts and ballet. Along with its outstanding acoustics, San Carlo has the reputation of attracting the noisiest and worst-behaved audiences in Italy. Woe betides the tenor who misses his high C here.