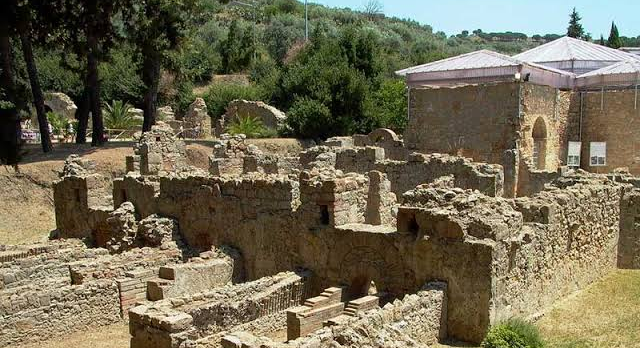 A 12th-century landslide buried this sprawling Roman villa outside Enna, thus preserving it almost intact to be discovered and excavated eight centuries later.

One of the best-preserved villas anywhere in the Roman Empire, it still has most of the original decoration.

In the 50 rooms so far excavated are more than 3,500 square meters of mosaic floors with detailed scenes from mythology and contemporary life, including hunting wild animals for use in gladiatorial combat.

The thermal baths with their colonnaded courtyard and fountain are especially beautiful. The villa is a UNESCO World Heritage Site.