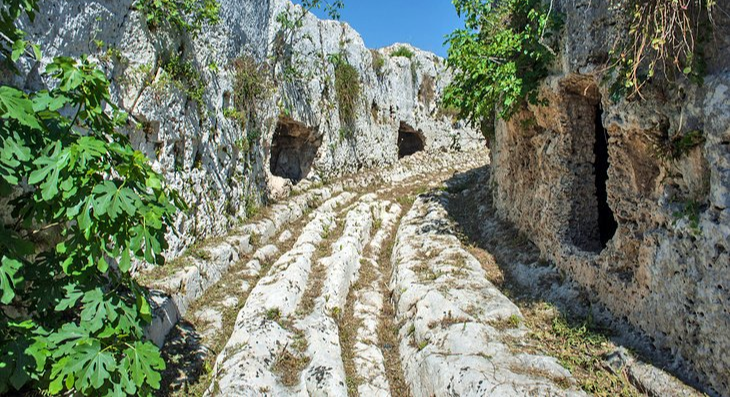 One of the largest theaters in the ancient Greek Empire is a good reason, but not the only one, to visit the archaeological park in Syracuse.

The view of the excavations as you approach along Viale Rizzo will give you an idea of their extent, which includes both the Greek Theater and a large Roman Amphitheater.

An interesting feature of this archaeological park is the opportunity to see the quarries where the building stone was cut on-site for the various structures.