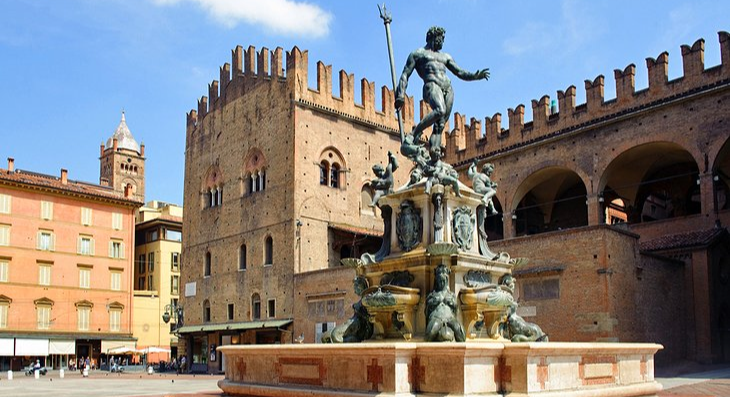 It may seem as though everyone in Bologna were meeting friends at the same time in these two adjoining squares in the heart of the city.

Conversation and laughter blend with the sound of water splashing in the magnificent Neptune Fountain, which gives Piazza del Nettuno its name.

Created by Giambologna in the 16th century, it is one of the finest fountains of its period. Nearly every major attraction in the city is within a few minutes' walk, as are the most important streets - among them the busy shopping street, Via dell'Indipendenza, and Via Galleria with its many old aristocratic mansions.

Elegantly arcaded Via dell'Archiginnasio runs alongside the great Basilica of San Petronius; its still unfinished facade dominates one side of Piazza Maggiore.