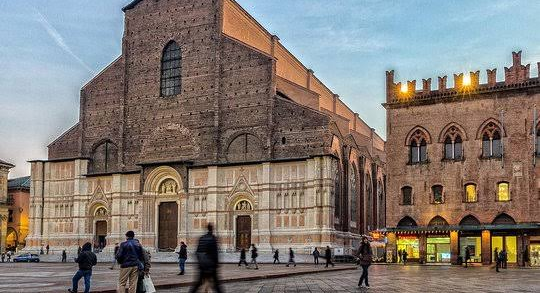 This immense structure stands as the 10th largest church in the world by volume and presents a domineering presence in the centre of the Piazza Maggiore.

Dedicated to Saint Petronius who is actually the patron saint of Bologna, the church has a Gothic design and it is noted for both it sheer size and its unfinished front facade.

Originally constructed in 1388 through to 1479, the church has never been truly finished and its front facade is quite bizarre – the lower half features coloured marble stone work, whilst the top half remains bare and contains exposed brown brickwork.