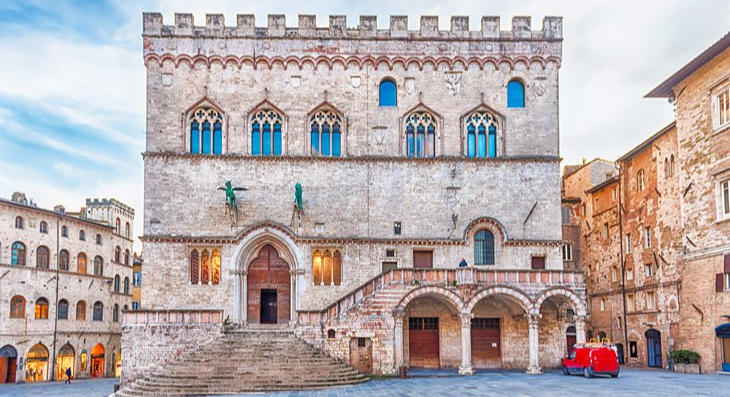 The National Gallery of Umbria, on the third floor of Palazzo dei Priori, contains paintings by Perugino; Pinturicchio; and other artists of the Umbrian school, including Benedetto Bonfigli and Bartolomeo Caporali; as well as sculptures by di Cambio and di Duccio.

It demonstrates the development of painting in Umbria from the Middle Ages to the 20th century, with its greatest strengths lying between the 13th and 18th centuries.

Highlights of the collections are a 1272 crucifix by an unknown Perugian artist; five statues from 1281 by Arnolfo di Cambio; Madonna and Child by Duccio di Boninsegna, painted in 1305; a 1456 Madonna with Saints by Benozzo Gozzoli (1456); a polyptych of Sant'Antonius by Piero della Francesca; and another by Fra Angelico dating from 1437.