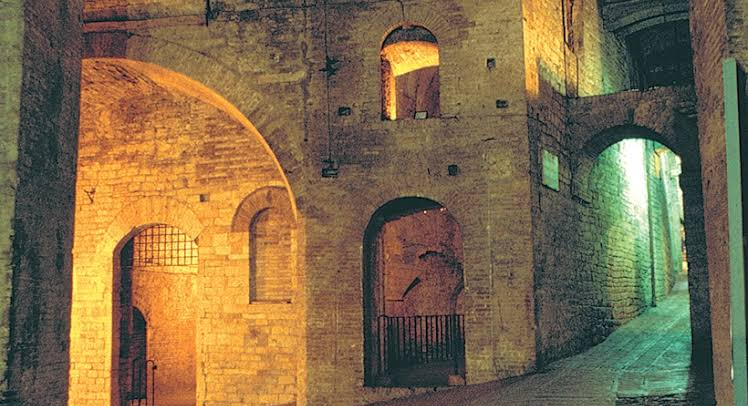 One of the most unusual places to see in Perugia is buried deep beneath its charming old streets and piazzas. Its story goes back to 1540, when Pope Paul III, a member of the Farnese family, ruled the Italian states.

Perugia, which was ruled by the rival Baglioni family, was the last to fall to papal forces, and Pope Paul took his revenge by ordering a massive fortress built on the Colle Landone, the neighborhood where all the Baglioni palaces and properties lay.

More than 100 homes, tower houses, churches, and monasteries, some dating to Etruscan and Roman times, were destroyed and their stones used to build the fortress.

It wasn't until the middle of the 19th century that Perugia was free of papal rule, at which time they destroyed the hated symbol of their subjection.