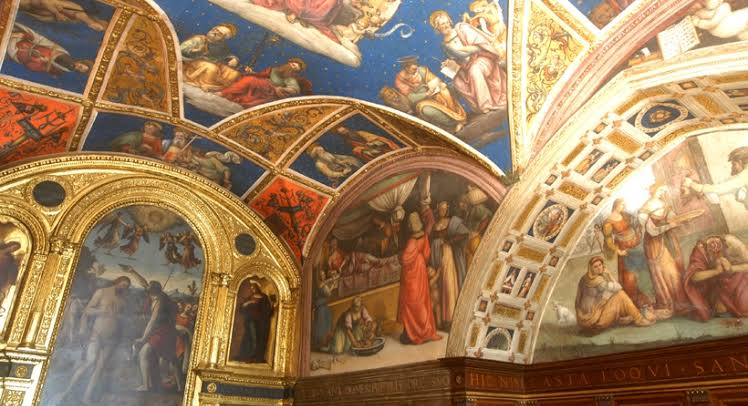 On the south side of the cathedral is the Palazzo dei Priori, also known as the Palazzo Comunale, a massive building in Italian Gothic style from the late 13th and early 14th centuries.

On the side facing the Piazza IV Novembre are a griffin (the emblem of Perugia), a 14th-century bronze lion, and chains, all commemorating Perugia's victory over Siena in 1358.

On the first floor of the palace, which is entered through the beautifully carved main doorway facing Corso Vannucci, is the splendid Sala dei Notari.

The hall is covered in late 13th-century frescoes of biblical and allegorical scenes.