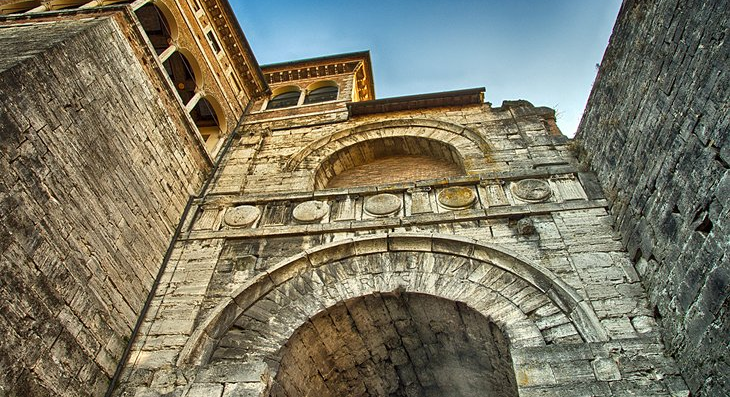 Once one of seven gates that allowed access through the Etruscan walls that encircled Perugia, Arco d'Augusto was built in the second half of the third century BC but takes its name from the Roman emperor who restored it in 40 BC after conquering the city.

Because of the walls and Perugia's elevated position, Augustus was successful in taking Perugia only after a seven-month siege.

The inscription "Augusta Perusia" on the gate dates from this period. The two arches of the gate connect two trapezoidal towers.