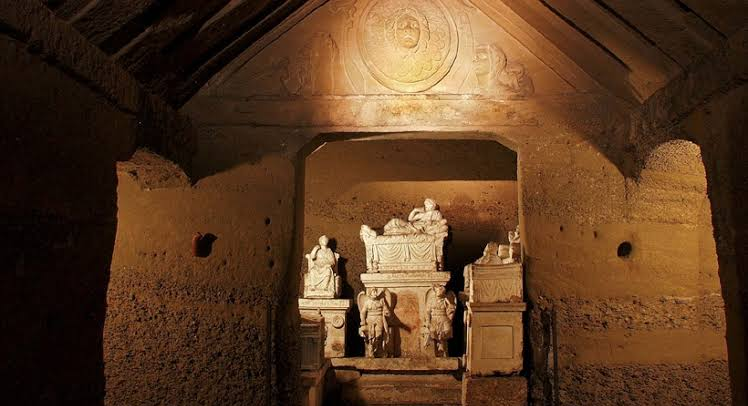 About four kilometers east of Perugia, near Ponte San Giovanni, the underground Tomb of the Volumni, dating from the second century BC, is one of the finest tombs in Etruria.

The large, well-preserved tomb imitates the plan of houses of that period, with nine chambers grouped round a central atrium, which contains extraordinarily expressive carvings.