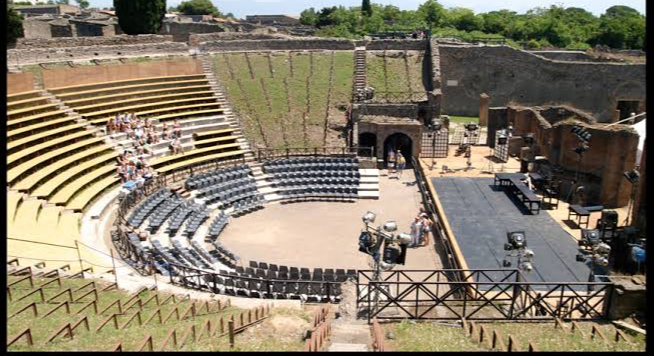 Built into the sloping ground, the Teatro Grande (Large Theater) could seat 5,000 spectators and is used for Son et lumière shows in summer.

The top row commands one of the best views of the city and Vesuvius. The adjoining Teatro Piccolo (Little Theater), better preserved and the earliest example of a roofed Roman theater, dates to about 75 BC.

It would have been used mainly for musical performances. East of the Little Theater is the Tempio di Giove Meilichio and the adjacent Tempio di Iside - Temple of Isis - you can still see an inscription scratched on its walls by the French novelist Stendhal in 1817.