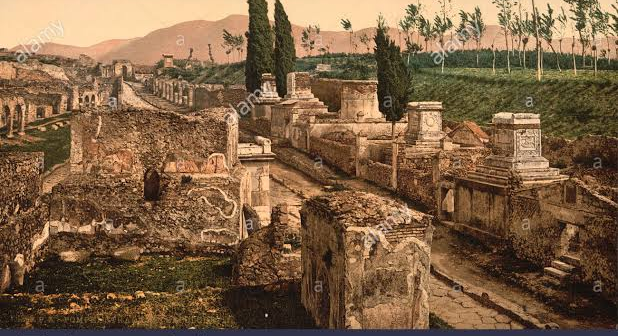 Outside the walls of Pompeii, through Porta Ercolano, is a suburban district whose main street has been excavated.

This Street of Tombs is lined with imposing funeral monuments, ranking with the Via Appia outside Rome as the most impressive surviving example of this Roman practice of building tombs along public roads.

At the northwest end is the large Villa of Diomedes, with an extensive garden enclosed by a long portico. Ironically, the house itself became a tomb in the volcanic eruption: in an underground passage, excavators found the bodies of 18 women and children.

Near the garden door was the body of a man with a key in his hand and a slave beside him carrying money and valuables.