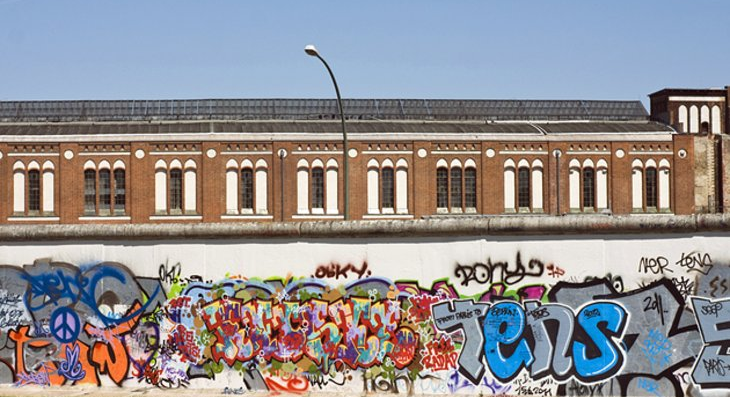 The Berlin Wall originated in 1961 when East Germany sealed off that half of the city to prevent citizens from fleeing to West Germany.

By the time it was torn down in 1989, the four-meter-high wall extended 155 kilometers, dissected 55 streets, and possessed 293 observation towers and 57 bunkers.

Today, only small stretches of this graffiti-covered travesty remain, including a 1.4-kilometer stretch preserved as part of the Berlin Wall Memorial, a chilling reminder of the animosity that once divided Europe.

Highlights include the Marienfelde Refugee Center Museum with its exhibits relating to the one-and-a-half million people who passed through Berlin as refugees, the Monument in Memory of the Divided City and the Victims of Communist Tyranny, the Window of Remembrance, and a Visitor Center with views over the remains of the wall.