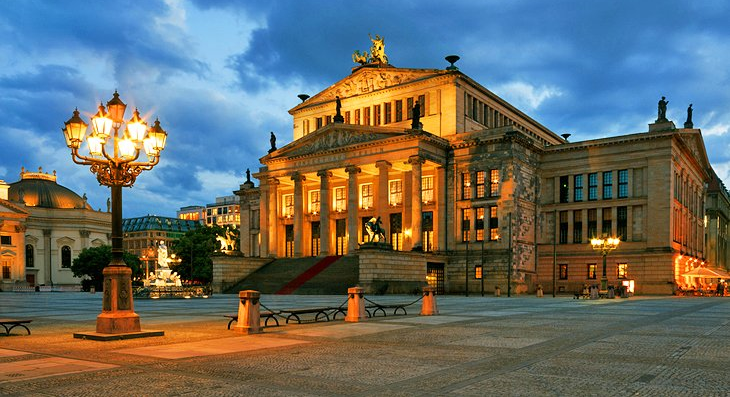 The Gendarmenmarkt, one of Berlin's largest squares, is dominated by three historic landmark buildings: the Konzerthaus, the French Cathedral (Französischer Dom), and the German Cathedral (Deutscher Dom).

This picturesque 17th-century square is now one of Berlin's top tourist attractions, hosting numerous public events each year, including classical concerts on the steps of the Konzerthaus theater in the summer, while each December the entire plaza becomes the city's famous Christmas Market.

The Konzerthaus, built in 1821, is as famous for its architectural splendor as it is for the first-rate performances of Konzerthausorchester Berlin, one of the country's most popular symphony orchestras.