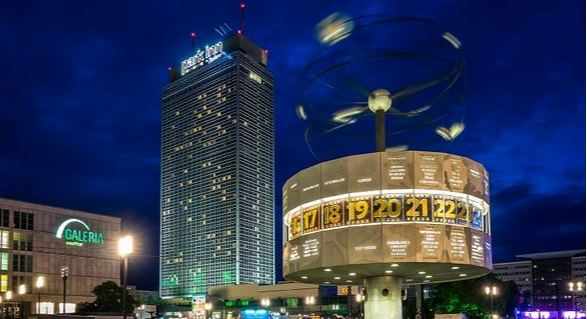 Alexander Platz is one of the most famous and beautiful tourist places in Berlin, and it is also one of the oldest vital squares in the city, which is of great importance on the commercial, economic and tourism levels.

Alexander Platz is located in the center of Berlin and is one of the most popular destinations for a large number of visitors throughout the year, from the city's residents and local tourists as well as foreign tourists from outside the country.

Alexander Square was named by order of the King of Berlin in relation to the Russian Tsar Alexander I who visited the city in 1805 AD, but with the passage of time the field became known to the German people as Alex Square and became one of the most vital places in the city on the economic and commercial levels.

As the field is branched from many of the streets that contain a number of shops, malls and major German companies, and it has become one of the most important arenas for everyone looking for a pleasant and distinctive shopping trip, through which it is guaranteed to obtain the finest types of goods at excellent prices.