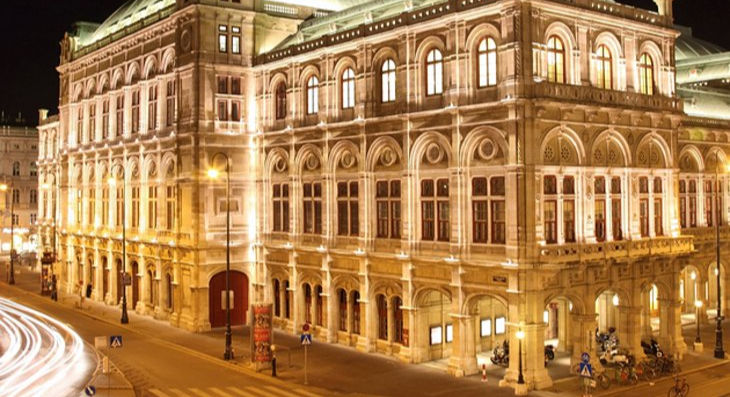 One of the world's largest and most splendid theaters, the Vienna State Opera House (Wiener Staatsoper) has hosted many of the world's most prominent composers, conductors, soloists, and dancers.

Operatic and ballet performances are staged at least 300 times a year, fuelled by an obsession with music that goes as far back as 1625 when the first Viennese Court Opera was performed.

The current massive Opera House was built in 1869 and is notable for its French Early Renaissance style, while interior highlights include a grand staircase leading to the first floor, the Schwind Foyer (named after its paintings of famous opera scenes), and the exquisite Tea Room with its valuable tapestries.