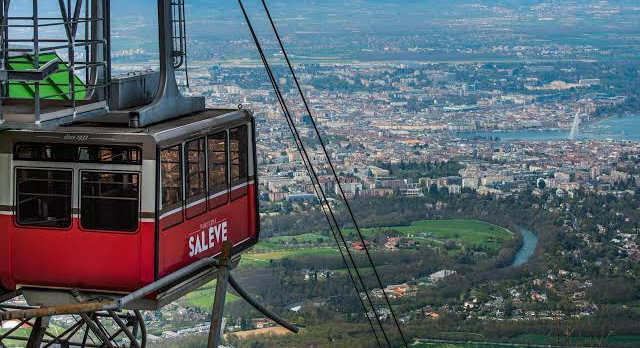 When it’s overcast in Geneva there might be blue skies and sunshine at this mountain peak on the edge of the city.

A big wall of rock on the horizon, Salève is billed as the “balcony of Geneva” and rises to just shy of 1,400 metres.

If that sounds daunting there’s a cable-car that will whisk you to near the summit in just five minutes.

This has been operating in some form since 1932 and replaced the world’s first electric rack railway, completed in 1892. If you’re a hardy walker you’re also free to take the hiking trail to the top.