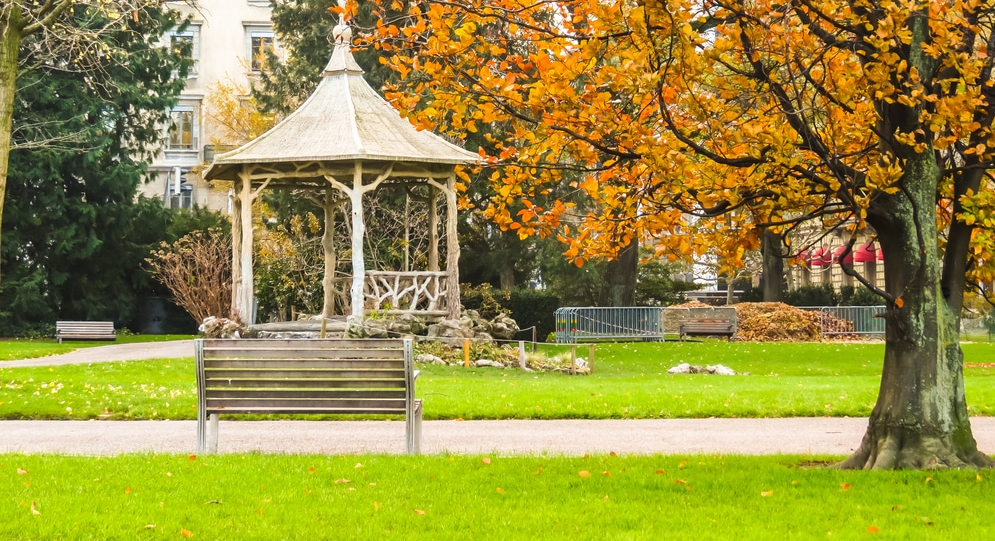 In 1854, when the waterfront was being spruced up, an English-style garden was plotted on reclaimed land north of the Old Town.

This took the place of an old wooden harbour and was enhanced a few years later when the Pont du Mont du Mont-Blanc was completed on the west side in 1862.

The centrepiece is the fountain, cast at a foundry in Val d’Osne in France in 1862. The park’s curving paths radiate off this monument, out to the promenade where you can get a photo of the Jet d’Eau and contemplate the lake.