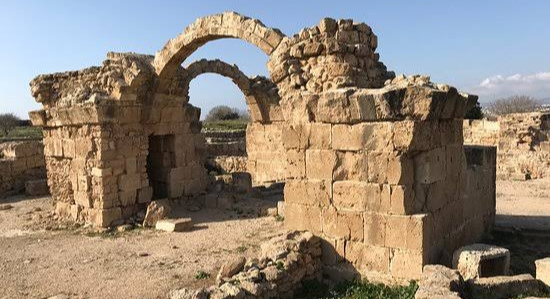 The mosaic pavements of the House of Dionysus are among the finest to be found in the Mediterranean and are the top tourist attraction in Paphos.

Discovered accidentally by a farmer ploughing his fields, the mosaic artwork here is excellently-preserved, with vibrant natural limestone colors, and depicts scenes from Greek mythology. One of the most well-known mosaics is found at the back of the house, depicting a Ganymede being taken back to Olympus by an eagle.

The most famous mosaic though, is the scene depicting the triumph of Dionysos with the God in a chariot drawn by leopards, while behind him are a gathering of followers engaged in various revelries.