Tombs of the Kings 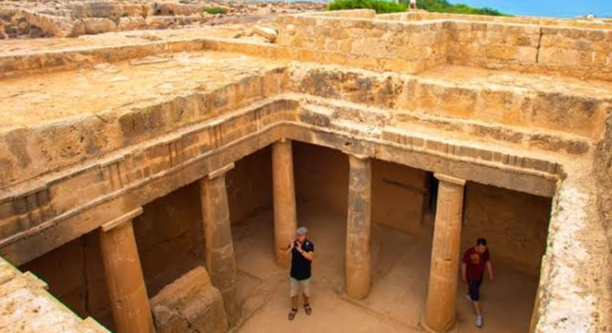 Tombs of the Kings

A short two-kilometer stroll out of town brings you to the rock-cut chambers of the Tombs of the Kings. These impressive underground tombs date to the 4th century BC and are carved out of solid rock, some decorated with Doric pillars and all sporting a distinct Egyptian influence.

This UNESCO World Heritage Site was a burial ground for ancient Paphos during the Greek and Roman periods and probably was used for high ranking officials or members of society of those eras.

There are seven tombs to explore here, but if you're short on time, make a beeline for tomb number three, which contains the most interesting architectural elements with a wealth of columns surrounding its atrium.