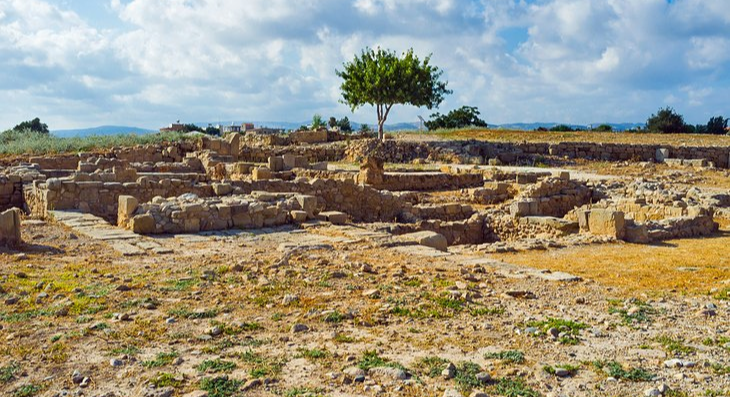 The Sanctuary of Aphrodite dates to the 12th century BC and was an important religious ritual center. The goddess was not represented in human form but by the conical stone, which was anointed with oil.

Around the court are several chambers, which are a mixture of early construction and later Roman additions. The south wing is the best preserved of the building.

There was possibly a Phoenician temple inside this wing in a small courtyard, but Roman reconstruction has added to the confusion of the original layout.