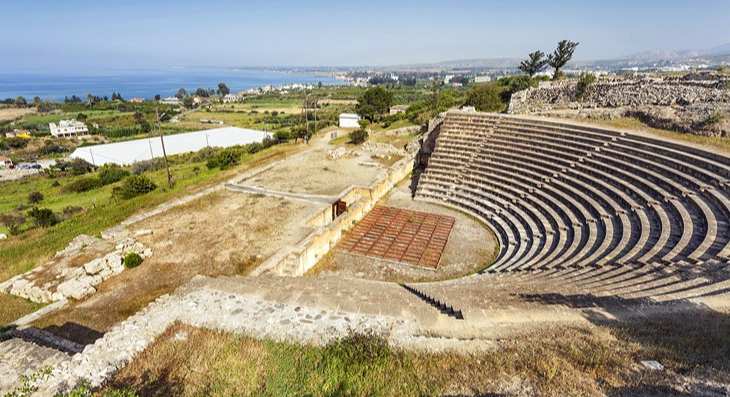 Along with Ancient Kourion and Ancient Salamis, Soli is one of Cyprus' most important city-kingdom sites and had two important ages: first during the Assyrian period and then under the Romans and Byzantines.

The most important part of the site is the basilica building, which contains remnants of preserved mosaics on the floor. Of these, look for the swan and dolphin mosaics, which have survived the most intact.

Below, various ruins of an agora and city streets are scattered across the hillside, while above the basilica is a small theater. Ancient Soli is best visited as part of a day trip including Ancient Vouni. You'll need your own transport to get here.