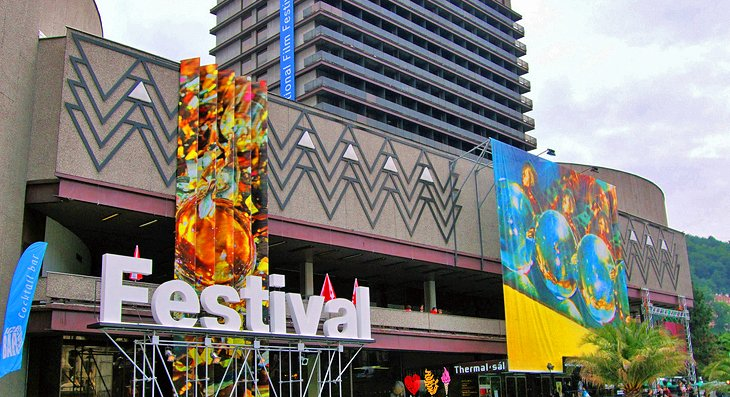 Running almost continuously since 1946, the Karlovy Vary International Film Festival is one of the most important stops on the world's film festival circuit today.

Attracting stars and crowds from far and wide, the town swells in population by upwards of 130,000 filmgoers each year, who come here to watch (or promote) some 200 or more films.

The five-day festival is a good time to visit if you're able to get tickets, or even if you're simply interested in doing a little stargazing alongside your spa going (accommodation books up early, so plan accordingly).