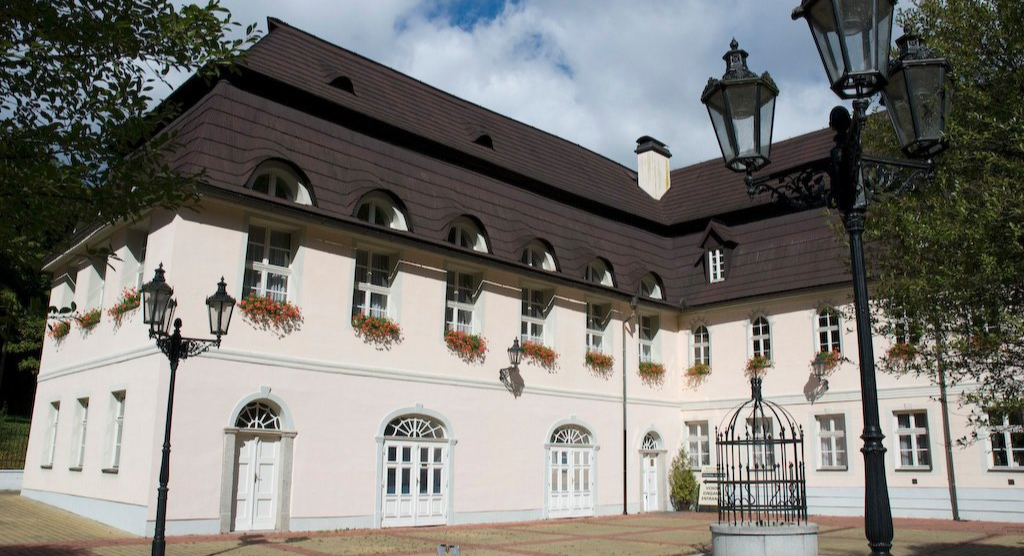 Tucked in the hills just to the south of the town, the Postal Court was originally a stable for postal horses but because of its location became a staging post for tourists walking and riding through the scenery around Karlovy Vary.

After a while a restaurant was established here, and the venue eventually took on great importance as a place for the spa’s wealthier visitors and citizens to rub shoulders.

Inside this neo-classical building are a variety of ceremonial halls, and in the French-style grounds you’ll see two spectacular pavilions.