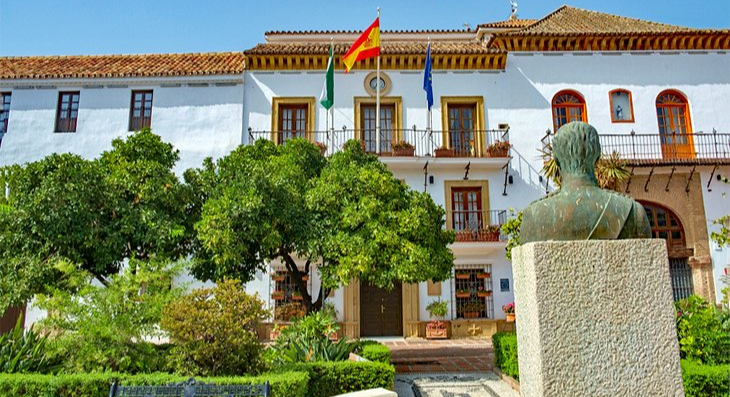 In Marbella's charming Old Town (Casco Antiguo), the Plaza de los Naranjos was built after the Christian Reconquest in the area that was a center of urban life. This beautiful town square has become the heart of Marbella, where locals and tourists socialize and relax. A group of orange trees is planted in the middle of the square, like a small orchard, and during springtime, the fragrance is heavenly.

The plaza is lined with restaurants that have outdoor seating arranged in the middle of the square under the shady trees. Two important historic landmarks are found on the Plaza de los Naranjos. The town hall, also called the Consistorial House, was built in 1572 and enhanced in the 17th century. With its balconied facade, the building exemplifies Spanish style architecture.

The oldest parish church in Marbella, the 16th-century Ermita de Santiago (Santiago Hermitage) also stands on the Plaza de los Naranjos. This small, simple whitewashed church possesses a noteworthy contemporary sculpture of Saint James the Apostle. A nearby attraction for gourmands is the Michelin-starred Skina Restaurant, a few blocks away from Plaza de los Naranjos at 12 Calle Aduar.